Georges Mathieu conserved in the Museum of Fine Arts in Lille, France. This work was conducted as part of the Master in Conservation-Restoration of Cultural Heritage at the University of Paris I Panthéon- Sorbonne.

Théorème de Gödel was painted in 1957. Its treatment allowed deepen the knowledge
about what constituent materials, gestural and painting processes were used
by Georges Mathieu. These keen studies were also essential for a better understanding
of what was the cause of its degradation.

The artwork was in a state of progressive deterioration and it suffered mainly from
mechanical alterations. Poor adhesion and cohesion of the paint layer were behind the cracks, fissures, flaking and paint losses.

Hélène sought a consolidation method that avoided the introducing of an interfacial film
that would alter the materiality of the work and may interfere with future treatments.

The recovery of the adhesive power was made possible by the use of a solvent
that had regenerated the cohesion and adhesion of the paint layer. 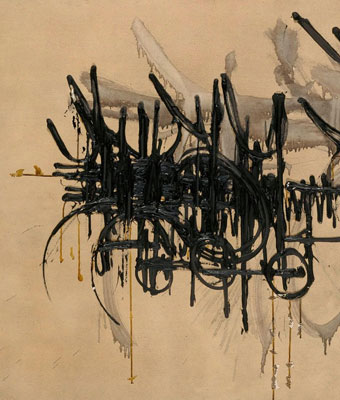 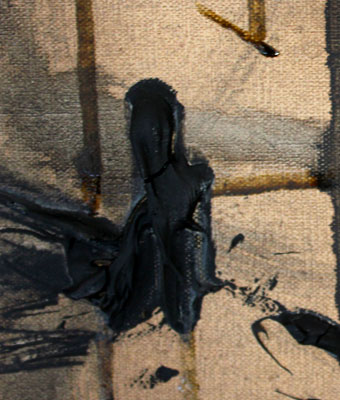 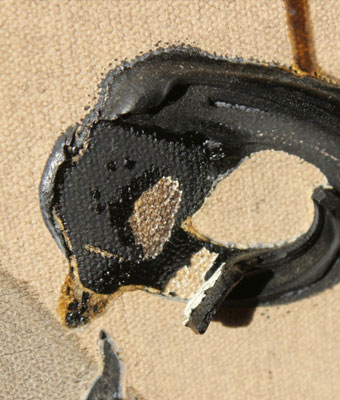 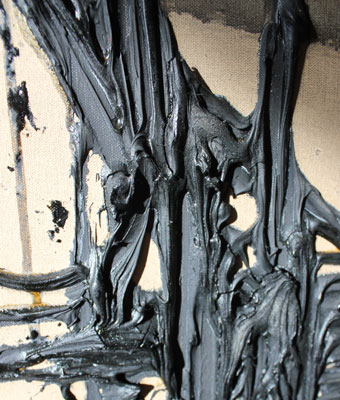 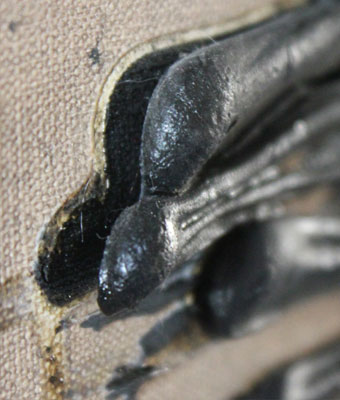 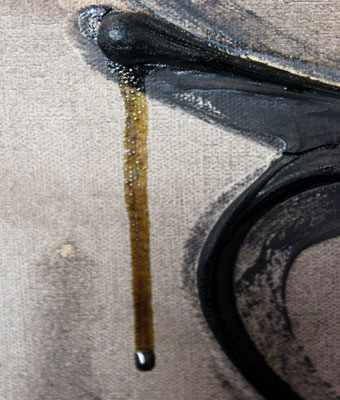